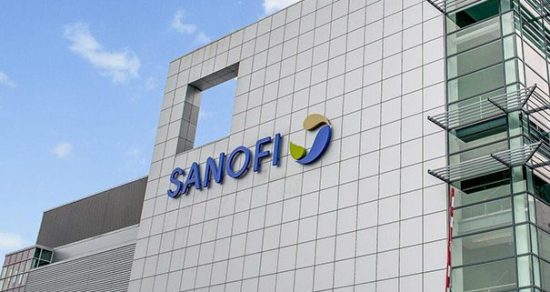 Even as Sanofi and Regeneron angle to untangle their longstanding antibody-drug partnership, both drugmakers have planned to lean heavily on their split revenue from blockbuster Dupixent. And to take Dupixent from a blockbuster to a behemoth, the partners are working overtime to widely expand the drug’s already formidable label.

Sanofi and Regeneron have launched a broad clinical development program to take blockbuster eczema med Dupixent into five new diseases in the coming years, Regeneron said in a release.

Next, the partners hope to submit Dupixent data for approvals in eosinophilic esophagitis and chronic spontaneous urticaria—aka hives—in 2022. For hives, the drugmakers enrolled a 240-patient registrational trial earlier this year.

On the esophagitis front, the partners released data in May from part A of a phase 3 pivotal trial showing Dupixent improved disease symptoms over placebo after 24 weeks of therapy. Dupixent received the FDA’s orphan drug designation in that disease back in 2017.

Sanofi and Regeneron will then plot a regulatory filing for bullous pemphigoid, a rare autoimmune disease characterized by fluid-filled blisters, in 2023 and follow that up with a COPD filing planned for 2024. The partners are currently studying Dupixent in a phase 3 COPD trial with 900 patients and plan to launch a second, confirmatory trial in the third quarter of 2020, Regeneron said.

Sanofi and Regeneron’s full-scale expansion effort for Dupixent comes as both drugmakers double down on the blockbuster amid a reworking of their long-standing antibody partnership.

In February, Sanofi CEO Paul Hudson predicted Dupixent could eventually turn in annual sales of $10.97 billion with a flood of looming launches and more indications in the pipeline. Dupixent hit $2.56 billion in sales in 2019 and turned in 8% growth in the first quarter to $832 million.

And despite those massive growth forecasts, some analysts figure Dupixent could be on track. In February, SVB Leerink pegged sales of Dupixent at $3.84 billion this year and $10 billion in 2026. That long-term forecast is 10% to 15% higher than the consensus estimate.

Meanwhile, the partners are taking a long, hard look at two other sales laggards in their portfolio: PCSK9 cholesterol drug Praluent and rheumatoid arthritis treatment Kevzara.

The drugmakers initially agreed to split commercial rights for both drugs, but with Kevzara now in testing for COVID-19, they agreed to change terms only on Praluent.

As part of the new arrangement, Regeneron took over U.S. marketing rights for Praluent and will receive a royalty from Sanofi on sales abroad. Meanwhile, the drugmakers’ 50-50 revenue split on Dupixent will stay the same.

In late May, Sanofi said it would sell off most of its $13 billion Regeneron stake, with its partner picking up $5 billion of that. The move will cause «no change» to their ongoing partnership, the companies said. Sanofi will retain about 400,000 shares in Regeneron stock «in support of the ongoing collaboration.»