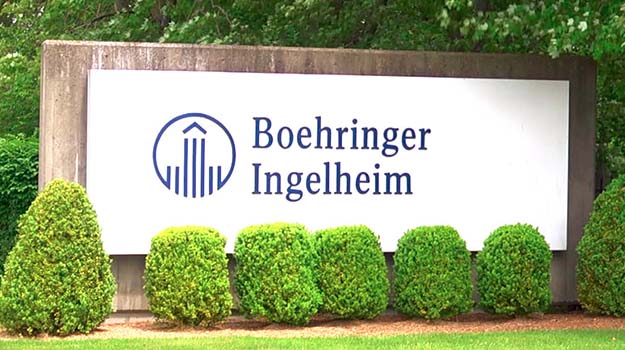 The U.S. Food and Drug Administration (FDA) gave the thumbs-up to Boehringer Ingelheim’s Ofev (nintedanib) for systemic sclerosis-associated interstitial lung disease (SSc-ILD). It is the first and only drug approved for this indication. Ofev is already approved in the U.S. and more than 70 other countries for idiopathic pulmonary fibrosis (IPF).

“This is the first FDA-approved therapy to slow the rate of decline in pulmonary function for systemic sclerosis-associated interstitial lung disease and provides hope to patients and their loved ones facing this devastating disease,” said Thomas Seck, senior vice president, Medicine & Regulatory Affairs, Boehringer Ingelheim Pharmaceuticals.

Seck added, “This approval is supported by positive evidence from the Phase III study that showed Ofev significantly slowed the progression of lung function decline in this patient population and exemplifies Boehringer Ingelheim’s dedication to the rare disease community.”

The agency approved the drug on the basis of the SENSCIS Phase III clinical trial. SENSCIS evaluated 576 patients from 194 trial sites in 32 countries. The primary endpoint was annual rate of decline in forced vital capacity (FVC) in patients with SSc-ILD. Ofev slowed the loss of pulmonary function by 44% compared to placebo as measured by FVC over 52 weeks.

SSc, or scleroderma, is a rare autoimmune disease. It is a fibrotic disease marked by thickening and scarring of connective tissue throughout the body. It affects about 100,000 people in the U.S. and 2.5 million around the world. The fibrosis affects the skin and internal organs, including the lungs. Interstitial lung disease (ILD), is one of the most common aspects of the disease and can be both debilitating and life-threatening. About 25% of patients develop significant lung problems within three years of diagnosis, and is the leading cause of death in SSc patients.

“Patients suffering from scleroderma need effective therapies, and the FDA supports the efforts of drug companies that are designing and conducting the clinical trials necessary to bring treatment options to scleroderma patients,” stated Nikolay Nikolov, associate director for Rheumatology of the Division of Pulmonary, Allergy, and Rheumatology Products in the FDA’s Center for Drug Evaluation and Research. “Nintedanib is now a treatment option to slow the rate of decline in pulmonary function in patients who have interstitial lung disease form scleroderma.”

In the trial, patients were treated for 52 weeks, with some patients receiving treatment up to 100 weeks. FVC is measured by the amount of air that can be forcibly exhaled after taking the deepest breath possible. The patients taking Ofev had less lung function decline than those receiving placebo.

Ofev was originally approved in 2014 for adults with IPF, which is also an interstitial lung disease. The drug was given Priority Review designation by the FDA for SSc-ILD.

“When interstitial lung disease occurs in systemic sclerosis, the consequences can be severe,” said Luke Evnin, a scleroderma patient and chairman of the Scleroderma Research Foundation. “The availability of a new therapy for patients with this rare, chronic condition is truly exciting news for our community and at the core of the mission of the Scleroderma Research Foundation to improve the lives of patients.”