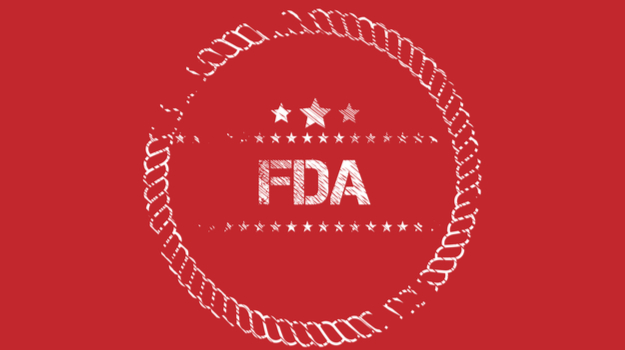 The next couple of weeks look to be busy for the U.S. Food and Drug Administration (FDA) with a string of target action dates scheduled. This week marks three scheduled approvals, two for extra indications for already-approved biologics, and the third for a combination treatment for glaucoma. Here’s a look.

Regeneron Pharmaceuticals and Sanofi have a target action date of Monday, March 11 for their supplemental Biologics License Application (sBLA) for Dupixent (dupilumab) in adolescents ages 12 to 17 with moderate-to-severe atopic dermatitis that was inadequately controlled with topical therapies or where topical treatment wasn’t medically advisable. The indication is under Priority Review. There are no current FDA-approved systemic biologics for adolescents with this indication.

The drug is currently approved in the U.S. as a treatment for adults with moderate-to-severe atopic dermatitis that isn’t adequately controlled with topical therapies, as well as an add-on maintenance treatment for patients 12 years and older with moderate-to-severe asthma with an eosinophilic phenotype or with oral corticosteroid-dependent asthma. Dupixent inhibits interleukin-4 and interleukin-13 signaling. This signaling is important in inflammation, particularly Type 2 inflammation, a systemic response that is important in moderate-to-severe atopic dermatitis.

Celgene has a target action date of Tuesday, March 12 for its sBLA filed by Roche for Abraxane (paclitaxel) in combination with Tecentriq (atezolizumab) for initial treatment of PD-L1-positive, metastatic triple-negative breast cancer (TNBC). Abraxane has been approved for various indications in metastatic breast cancer, advanced non-small cell lung cancer, and metastatic pancreatic cancer.

In October 2018, the companies announced positive results from the Phase III Impassion130 trial of the two drugs for first-line treatment of TNBC, showing a significant reduction in the risk of the disease worsening compared to chemotherapy alone.

“These important results in people with metastatic triple-negative breast cancer whose disease expresses the PD-L1 protein are highly encouraging and represent a significant step forward in the treatment of this challenging disease,” stated Sandra Horning, Roche’s chief medical officer and head of Global Product Development, in a statement at the time. “We have shared the Impassion130 results with global health authorities with the hope of bringing this Tecentriq combination to people with PD-L1-positive, metastatic triple-negative breast cancer as soon as possible.”

Aerie Pharmaceuticals, headquartered in Durham, NC, has a target action date of Thursday, March 14 for its New Drug Application (NDA) for Roclatan (netarsudil/latanoprost) for glaucoma and ocular hypertension (OHT). The eye drops are evaluated as a once-daily treatment. It combines netarsudil, which is the active ingredient in its approved product Rhopressa, with latanoprost, a prostaglandin analog (PGA) that is the most commonly prescribed drug for lowering IOP. If approved, it would be the first fixed-dose combination drug containing a PGA in the U.S.

The submission was based on data from two U.S. pivotal Phase III trials, MERCURY 1 and 2, which suggested the combination drug had the potential to provide greater IOP-lowering than the most common drugs for glaucoma.

Rhopressa was approved by the FDA in February 2018. At the company’s fourth-quarter reporton February 25, Vicente Anido, Jr., chairman and chief executive officer, stated, “We are delighted to have achieved the revenue guidance that we announced a full year ago, well before Rhopressa launched in the United States. With Rhopressa net sales having doubled from third-quarter to fourth-quarter 2018, and our significant progress in gaining market access, we are confident in the continued meaningful growth prospects for this very well-received product. Since we are just two weeks away from the Rocklatan PDUFA date, we will communicate full-year 2019 net revenue guidance after the FDA completes its review of Rocklatan.”