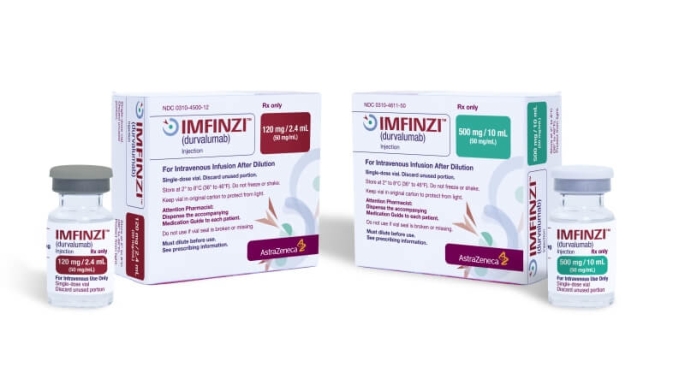 AstraZeneca felt the blow last month when Mystic, a key trial examining its immuno-oncology drug Imfinzi in previously untreated lung cancer, failed. But now that the dust has settled, the company is looking for bright spots in the miss.

As executives were quick to point out, there was “clear clinical benefit” of Imfinzi monotherapy compared with the standard of care in the phase 3 trial, which featured patients whose tumors expressed protein PD-L1 on 25% or more of their cancer cells, Mika Sovak, vice president of Immuno-Oncology lung cancer at AstraZeneca, said in an interview.

Imfinzi reduced patients’ risk of death by 24%, a result that didn’t meet the statistical significance threshold. But at the two-year follow-up mark, those who had received the solo therapy recorded a 38.3% survival rate, versus 22.7% for standard-of-care chemo.

The British drugmaker also pointed to an association between better survival outcomes and high levels of biomarker tumor mutational burden in the blood. While that data was exploratory, it was “interesting” with respect to the fact that it was “the first time TMB has demonstrated an association with improved overall survival,” Sovak noted, adding that there are a “bunch of additional analyses that we need to do in order to understand what the potential implications of blood TMB could be.”

AstraZeneca isn’t the first immuno-oncology drugmaker to turn to TMB in an effort to carve out a niche for its checkpoint inhibitor. Bristol-Myers Squibb is currently waiting for an FDA decision on its Opdivo-Yervoy combo in TMB-high patients, though a recent analysis found that the duo’s survival benefit in patients with high TMB and low TMB appeared “quite similar (based on hazard ratios compared to chemotherapy),” as Credit Suisse Analyst Vamil Divan put it in a note to clients.

Succeeding with an approval tied to TMB would also require routine testing from doctors, some of whom aren’t quite ready to embrace the biomarker.

Meanwhile, Mystic’s combination arm—which paired Imfinzi with CTLA4 candidate tremelimumab—performed worse than the monotherapy arm, paring down the risk of death by just 15% and landing even further from the statistical significance target. The prospect also played a role in AstraZeneca’s most recent trial shortfall, which saw the pair come up empty-handed in recurrent or metastatic head and neck cancer.

“I think we really need to understand” whether there’s “a patient population that we can identify who potentially would benefit from combination therapy. Based on the Mystic data, is TMB that biomarker? We don’t know that. The additional analyses will help us take a look at that and see if there is a path forward for the combination,” in lung cancer, Sovak said.

The combo misses aren’t a great look for AstraZeneca, which has some very steep sales targets to meet if it wants to fulfill the vision CEO Pascal Soriot laid out when trying to fend off a Pfizer takeover attempt back in 2014. First-line lung cancer, in particular, is the largest market for immuno-oncology drugs, and AstraZeneca is sitting last in line among its core competitors when it comes to trying to grab a piece of it.

But while the Mystic failure may make it more difficult for AZ to hit $40 billion to $41 billion in revenue by 2023, it won’t make it impossible, Dave Fredrickson, executive vice president and global head of AZ’s oncology business unit, said in an interview. And that’s in part because of the lung cancer approval Imfinzi already has.

“I believe that we will continue to hit our sales target and continue to move on the growth trajectory with Imfinzi simply just based upon the importance of Pacific,” he said, referring to the landmark study that netted the drug immuno-oncology’s first stage 3 approval and put it in line for a billion-dollar sales boost.

And Imfinzi is just one of four marketed AZ oncology products that the company sees as having “a tremendous amount of global potential,” Fredrickson said. The rest of the group—PARP inhibitor Lynparza, EGFR lung cancer drug Tagrisso and new blood cancer-fighter Calquence—have all posted fast growth as of late.

That’s not to say the show is over in first-line lung. The company will now pin its hopes on a handful of studies set to read out next year, one of which employs the PD-1/PD-L1-plus-chemo approach that launched Merck’s Keytruda to the front of the pack.

“There’s a lot more to come in the stage 4 front-line setting,” Fredrickson said.